Behaviour values: fair, respect, safe. This is how we do it here. 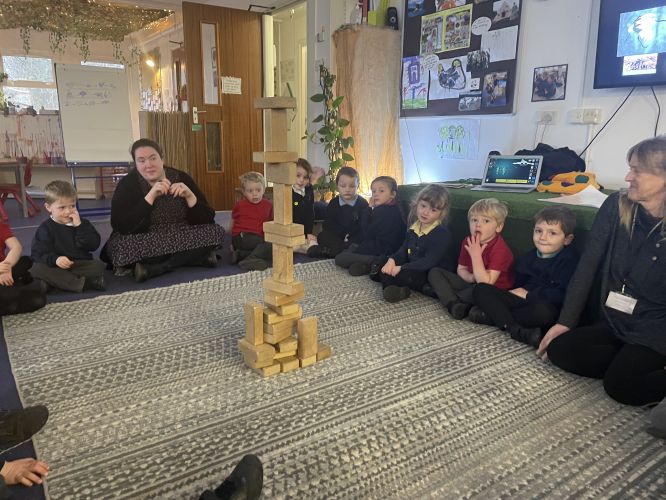 One of the big development goals in EYFS is to improve children's speaking and listening skills. The act of attending to what someone else says and responding in a way that builds upon what they've said is a skill that many adults take for granted, but it is a skill that, just like all skills, should be explicitly taught and developed to improve. But how do you develop such a conceptual idea in young children? Well, as with all abstract ideas, we start by trying to make them concrete.

Every day, after lunch, the children come into Reception and are greeted at the door by Mr Ledger asking about their lunch and handing them a wooden block. The children then take their block and join a thinking circle (in class we call this "Bums to the Edge" as we sit with our bums on the edge of the carpet). While the children are in their circle, we share a 'stimulus' to get their brains thinking, we have used single words, pictures and pieces of music as stimuli so far this year.

We then ask if any of the children would like to share their first thoughts. And select someone to share their thoughts with the class then place their block in the middle of the carpet. That child then chooses someone else who has their hand out to share an idea and asks them what they think. After listening to the second child's thoughts we decide as a class whether their thoughts connected to and built on the ideas of the first child, or have they offered a separate thought? If the ideas are connected, then the second child places their block with the first child's block. If they are not connected, then they place their block in a separate space on the carpet. As more children offer their thoughts, so our "idea towers" in the middle of the carpet grow. The children have great fun trying to make connections between the separate ideas to build one big idea by the end of the sharing time.

Each day, at the end of our discussion, we sit back and admire our shared idea tower and review what the ideas were that managed to help the tower make shape. We talk about if there are any parts of our idea that we could turn into activities for the afternoon and then we move back into our continuous provision, armed with lots of new thoughts to experiment with throughout the afternoon.

Here is an example of one of our images that we started with: 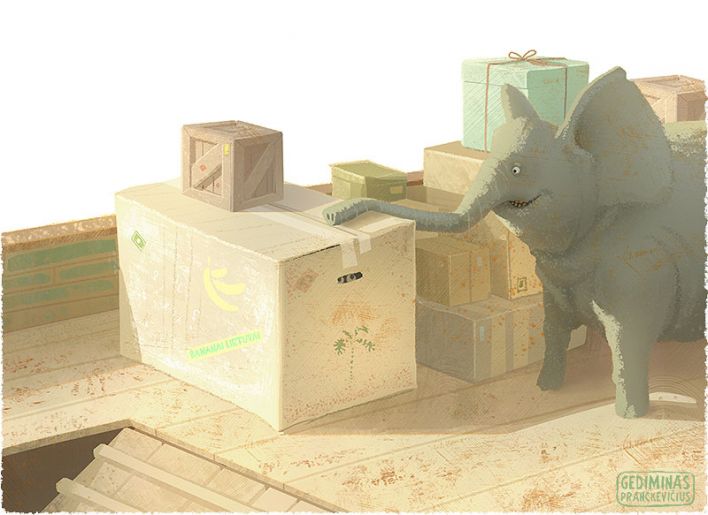 The children noticed the gift behind the elephant and wondered whether he might be on his way to a birthday party. They also worried that the elephant was maybe supposed to be going to a party but was too poorly to go as they noticed he was resting his trunk on a box, was that because he was too tired to carry his trunk? Then they noticed the eyes in the box and were curious what creature might be living in the box! And finally they thought maybe the elephant was a postman and he was delivering lots of parcels to various people! 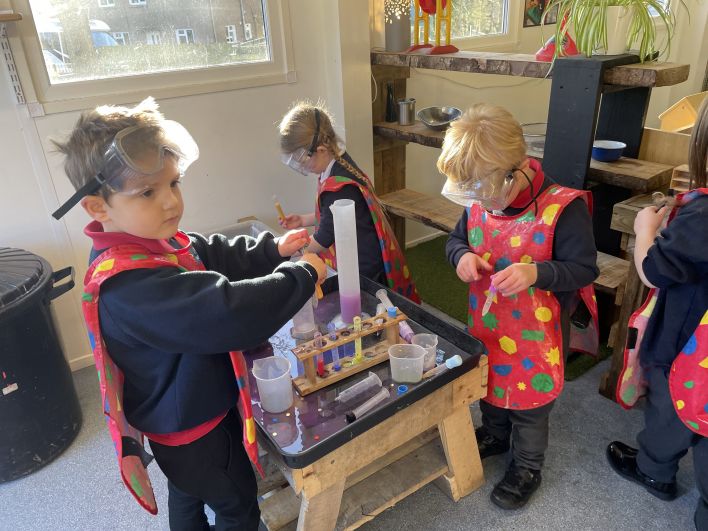 The children made medicines for the Elephant to help him feel better. 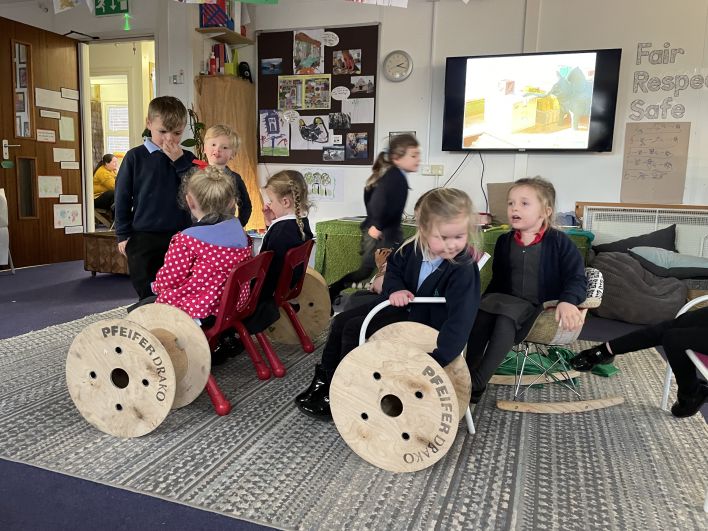 Then we built our own post van to help the elephant deliver the parcels. 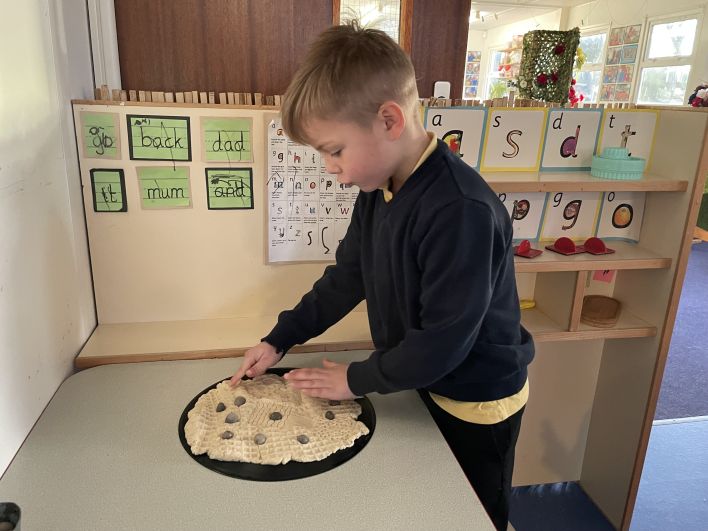 We made our own birthday cakes for the Elephant's birthday party. 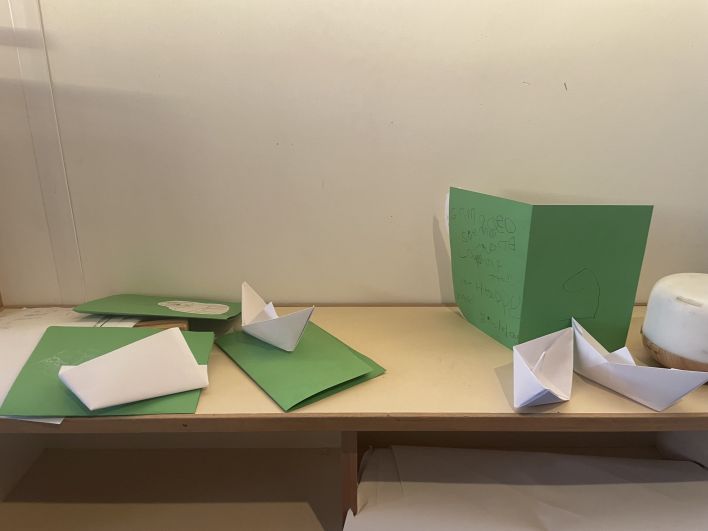 And we explored making birthday cards and paper boats!